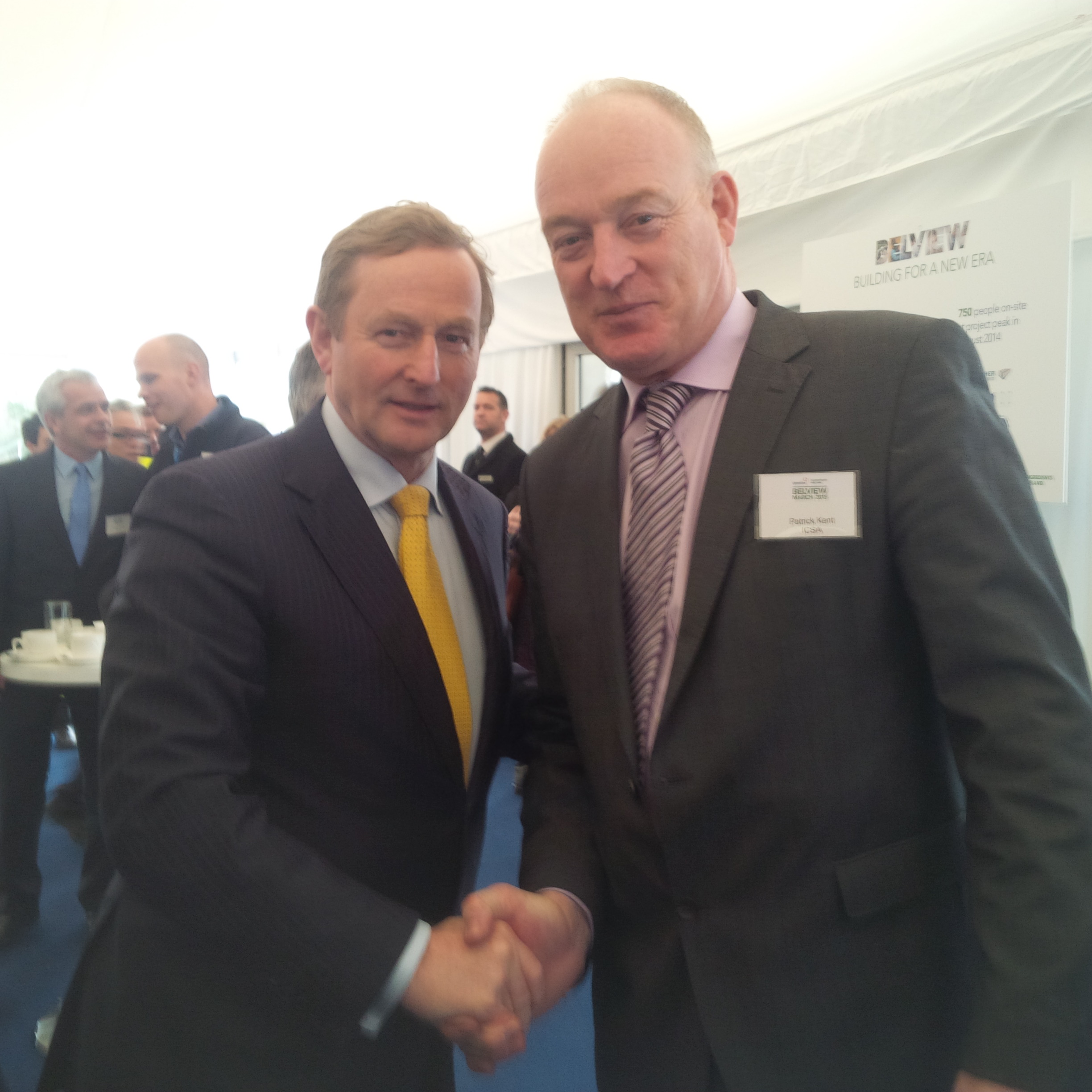 ICSA president Patrick Kent today said that the removal of milk quotas was undoubtedly one of the most significant moments in Irish agriculture since EU entry in 1973. Speaking at the official opening of the Glanbia nutritional ingredients facility at Belview, Mr. Kent added that the ending of milk quotas represented a huge challenge to Irish agriculture, with opportunities emerging for many farmers but also a number of potential threats.

“The fortunes of Irish farmers have been inextricably linked to milk quotas for as long as I can remember. Possession of a large quota generally meant prosperity for a farmer, but those with smaller quotas and those frozen out were condemned to a huge struggle to maintain viability,” he said.

“ICSA was the first farm organisation to call for a freeing-up of the milk quota system almost ten years ago, when we argued that it was no longer acceptable that the sons and daughters of cattle and sheep farmers could not aspire to entering dairying. Milk quotas represented the single greatest source of inequality in Irish agriculture and certainly drove a whole generation of young farmers away from full time farming.”

“The ending of quotas means a levelling of the playing field, which will provide opportunities for expansion and new entrants into dairying. This will be a positive thing for many but there are also risks. Income volatility in dairying carries a serious risk for the new generation of dairy farmers, especially those with high levels of borrowing,” the ICSA president warned.

“There will also be opportunities and threats for the vast majority of farmers in the cattle and sheep sectors for whom dairying is not an option. All drystock farmers should re-examine their future plans. We have seen how meat factories and retailers have consistently failed to deliver a viable living for cattle and sheep farmers.”

“Now is the time for drystock farmers to take stock. Should they continue with loss-making enterprises or should they look at collaborating with dairy farms through partnerships or contract rearing? Every farmer will have to make their own assessment.”

“There is also a need to consider the knock on implications for the beef sector. What will be the impact of a few hundred thousand extra dairy bull calves coming onto the market? If the suckler herd remains constant then there is a risk that the extra dairy calves will cause beef price collapse, unless they are all exported to veal units on the continent. Expanding dairy farms are already having a huge impact on the land rental market in some areas and prices being paid are economically insane in cases,” concluded Mr Kent.