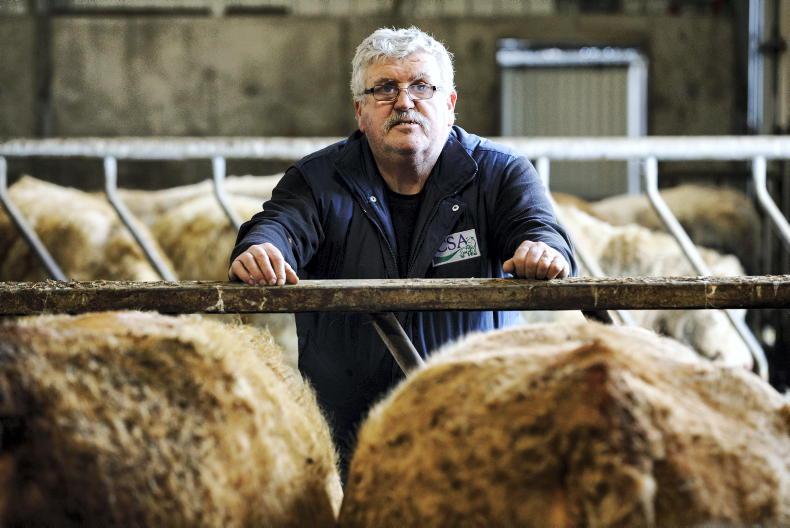 ICSA president Dermot Kelleher has said there was uproar at this week’s meeting of the association’s National Executive as attendees delivered their verdict on the CAP consultation process. “There is a lot anger with the lack of genuine consultation with the farming organisations around CAP. As a result, what we are witnessing is a CAP reform by decree; farmers have not been listened to, and the Minister’s mart tour has fooled nobody,” he said.

Mr Kelleher said members of ICSA, and members of the National Executive in particular, have worked tirelessly to devise a set of CAP proposals that would benefit all sectors. “The cornerstone of ICSA’s proposal is to avail of the option notto utilise CRISS. We have shown that the CRISS method of redistributive income support does not work in an Irish context. It fails in its stated objective of redistributing funds to those who need it the most, or those who are contributing most to the CAP objectives. A far better solution is to use those funds to deliver coupled payments on suckler cows and breeding ewes.”

“It is in the minister’s remit to do this; he does not have to implement CRISS. ICSA has demonstrated how a €300/hd suckler payment is possible and how a €35/hd ewe payment is possible – through a combination of a coupled payment and payments from the suckler and sheep schemes. This proposal provides a workable mechanism that succeeds in directing payments towards the lower income sectors in a way that CRISS does not.”

“For the beef sector, a Beef Carbon Efficiency Programme as outlined in ICSA’s CAP proposals makes total sense. We have proposed a CAP payment of up to €100/hd for prime beef finished earlier. The minister himself is talking about reducing the age of slaughter but he has no comprehensive plan about how to achieve that. He is mistaken if he thinks that a factory bonus would be an acceptable reward for this measure. Reducing the average slaughter age has the potential to achieve a significant environmental benefit, but it requires the support of a significant CAP payment.”

Mr Kelleher also pointed to the fact that the current proposals for the eco-scheme are totally unworkable for a lot of active farmers on productive land. “The Minister says he wants all farmers to be able to do their bit for the environment under the eco-scheme but the reality is that, under the current proposals, a large proportion will be left with no option but to stay out.

The proposals on stocking rate and fertiliser usage are too severe and if you don’t qualify under one, you won’t qualify under the other. It is not realistic to think that all farmers can effectively do without fertiliser on a large part of their grazing ground unless the plan is to slash Irish exports. On the other hand, many farmers would opt to try to reduce fertiliser but only if the target is workable.”

ICSA will meet Department officials in the coming days to try to find a workable solution on the eco-scheme. “What we are being offered at the moment won’t work and this implies a severe cut by stealth. The Minister seems to forget that the eco-scheme money is being funded by a 25% cut to existing payments which farmers can’t afford to lose.”

Mr Kelleher said the ICSA plan is the only realistic way of keeping all sectors viable given the budgetary constraints. “Our plan benefits the more than 100,000 lower income suckler, beef, sheep, and tillage farmers. It also benefits the more profitable 18,000 dairy farmers we have by protecting the more vulnerable sectors they rely on so heavily.”

“It is not too late to implement this plan, but the Minister now has to quickly respond to the growing farmer anger.”