ICSA is ‘only Farm Organisation 100% against Trade Deal Sell-Outs’ 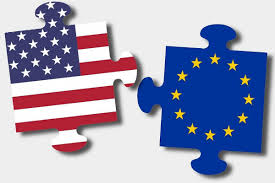 Trade deals that are currently being negotiated are ‘disastrous for beef’ and ‘damaging to the sheep sector’:

The ICSA is claiming that it’s the only farm organisation in Ireland that is truly opposed to trade deals that will irreparably damage Irish agriculture. In response to the ‘Cumulative Impact of Future Trade Deals on EU Agriculture’ study undertaken in recent weeks, ICSA President Patrick Kent says that the results published ‘vindicate’ the organisation’s position on trade deals.

Kent says that the deals currently under investigation are ‘almost uniformly disastrous for beef, and also damaging to the sheep sector’:

“Politicians who have been cheerleaders for trade deals really need to read this report and then reflect on what they are supporting. We have just seen the consequences in the USA for politicians who have been dismissive of the people impacted most by globalisation. A similar pattern will emerge here if the EU Commission, supported by EU politicians, allows our beef farmers to become the EU equivalent of the automotive workers in Detroit.”

“ICSA has consistently stood against the disastrous trade deals being negotiated by the EU Commission because we have always said that the impact offers absolutely no positives whatsoever for our livestock sector. ICSA is the only farm organisation to be 100% against trade deal sell outs because our members carry all the costs.”

Kent clarifies that the study ‘forecasts an increase in beef imports of 146,000 tonnes under the most conservative scenario and up to 356,000 tonnes under the more ambitious scenario’. He adds that the modelling estimates a reduction in beef price in the range 8-16%. This is alarming in itself, according to Kent, but as an EU average, it masks the ‘potentially devastating and uneven impact on Ireland as a country particularly exposed due to its high beef exports’.

“The report does suggest, however, that most of the production decrease will be even stronger in specialised beef production. In other words, countries such as Ireland where the suckler herd accounts for almost half will take the brunt of the adjustment and therefore the impact will be much greater than the EU average price fall of up to 16%.”

“Interestingly, the study also suggests that any gains for the dairy sector will actually further exacerbate the impact on the beef sector. According to the report, ‘the positive price and production effect of the trade scenario on the EU dairy market indirectly leads to a higher availability of meat from the dairy herd at lower prices’. This poses a very real question about what will be done with all the extra dairy calves which will be virtually worthless in a scenario where beef price has fallen through the floor.”

President Kent also adds that the report reflects a terrible impact on the sheep industry: “Regarding sheepmeat, there is also a negative impact from a possible 10% increase in Australian imports with prices down 2-3%. New Zealand is not expected to impact from tariff reductions given that it already has a large zero tariff export quota to Europe.”

“However, there is just no way of knowing how severe the impact will be until we know what happens with Brexit. In general, the likely scenarios under Brexit are even worse if the UK government follows through on its determination to do free trade deals with the rest of the world.

“It needs to be noted that a strong if relatively unnoticed element of the Brexit campaign was a promise that the UK outside the EU could deliver significant benefits to consumers via free trade. You can dress this up any way you want but what it means is a ramping up of the traditional British cheap food policy,” adds Kent.

Overall, the report paints a picture of farmers on a global scale running faster to stand still, trying to outdo each other with ever lower prices while multinational retailers and processors grab more and more of the benefit, says the ICSA. The organisation also believes that this report must surely serve as a wake-up call to the pro free-trade politicians.

“Finally, all decision makers need to reflect on the fact that a 1% gain to GDP from the turnover of multinationals is not remotely comparable to a 1% loss in GDP from losses in the agriculture sector. Better outcomes for multinationals deliver little by way of trickle down to ordinary people, and as we have seen, little in terms of tax receipts.”

ICSA is calling on all politicians to read this report in full and to make up their minds whether they care about the ordinary people in every part of Ireland or whether they prefer to remain smitten by corporate elites. In practice, ICSA is again calling for a complete suspension of talks on trade deals until there is a better understanding of the Brexit impact. With the current position of beef and sheep farming in Europe further imports of beef and lamb cannot be tolerated. In the long run, ICSA believes that beef and sheepmeat are very sensitive products and this must be reflected in future strategy on trade.