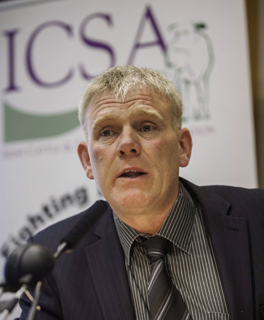 Two candidates have been nominated to contest ICSA’s forthcoming presidential election, which will take place on Thursday, 12th of December 2013.

Current president Gabriel Gilmartin and former Leinster vice president Patrick Kent emerged as the contenders when nominations closed on the 20th of September.

Voting will take place on the 12th of December at the Heritage Hotel, Portlaoise and the electorate is the ICSA National Executive. 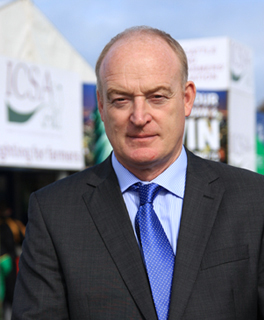 Gabriel Gilmartin runs a mixed suckler and sheep operation, based close to Ben Bulben at Ballintrillick in Co. Sligo.  Having joined the organisation in 2001, he went on to become Sligo chairman the following year.  In 2007, he was elected rural development chairman.  He was first elected president of ICSA in November 2009.

Patrick Kent operates a mixed medium-sized farm near New Ross in Co. Wexford consisting of sucklers, beef and sheep, with a pedigree Belgian Blue enterprise.  He became involved in ICSA shortly after its inception, and is the current Wexford chairman.  He served a six year terms as Leinster vice president from 2007 to 2012.