ICSA to protest today against Mercosur and TTIP trade deals 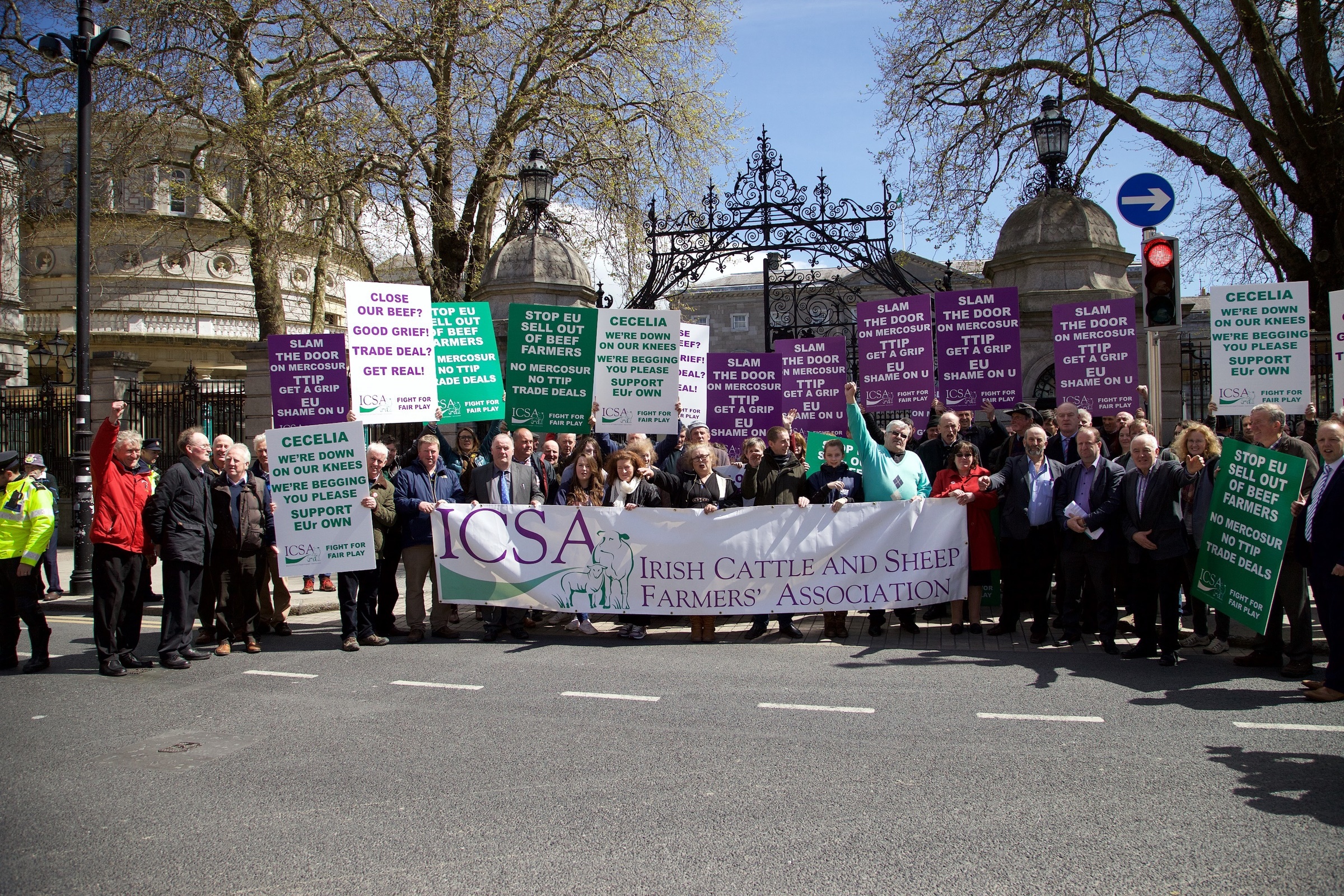 The Irish Cattle and Sheep Farmers’ Association (ICSA) is to protest today, Wednesday May 4, in Dublin against the proposed Mercosur and TTIP trade deals.

The protest will take place outside the offices of the European Commission on Lower Mount St at 11.30am.

ICSA is focusing on the EU Commission in response to what it says is the excessively weak negotiating position taken by the Commissioner for Trade Cecilia Malmström without any democratic mandate.

ICSA strenuously opposes any trade deal which would threaten the future of the Irish beef Industry.

EU trade deals such Mercosur with South America and TTIP with North America could result in thousands of tonnes of tariff free beef flooding the EU market which would be devastating for Irish beef exports, it says.

The protest will involve ICSA national representatives from all over Ireland and several hundred are expected to attend.

ICSA is urging all farmers to come out to fight for fair play with ICSA and the association says that all politicians are invited to meet the protesters.

Earlier this year, ICSA President Patrick Kent said the ICSA’s worst fears were beginning to crystallise with the Mercosur proposal which he said would be utterly disastrous for the beef sector here.

“Irish beef cannot be expected to compete on European markets with South American beefwhich is produced to a very different standard, where environmental damage is ignored and where labour standards and pay conditions are totally different.

“Import tariffs provided some balance, so any proposal to undermine these will be disastrous and the impact on Irish exports would be serious.

“It’s not just Irish farmers who will be affected; it’s all EU beef farmers. What is the EU for, if it is not for supporting a viable agriculture sector in Europe?”