ICSA response to the fodder crisis

ICSA presdident Gabriel Gilmartin was the first farm leader to respond to the the looming fodder crisis when he visited some of the worst hit farmers in West Cork in August 2012.  Farms on heavy, marginal land in that area were suffering acutely from the extremely wet summer and in many places, no silage at all had been cut by late August.  ICSA’s West Cork chairman, Dermot Kelleher, who is himself farming in that area, had been vocal about the problems being experienced there which led to the ICSA leader’s visit.
(L-R) ICSA president Gabriel Gilmartin, ICSA national executive member and local farmer Joe Burke,
and ICSA general secretary Eddie Punch at a waterlogged farm near Bantry in August 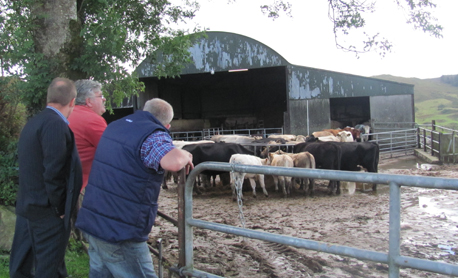 ICSA West Cork chairman Dermot Kelleher (in the red) showing ICSA president Gabriel Gilmartin
and general secretary Eddie Punch the conditions at a farm near
Dunmanway, where cattle had been housed since July due to the rainfall

ICSA then took action to try and alleviate the pressure on the worst-hit farms in the West Cork area; sourcing top-quality bales from Co. Kildare and delivering them to to West Cork – ICSA subsidising the cost of transport to keep the cost to the farmers as low as possible. 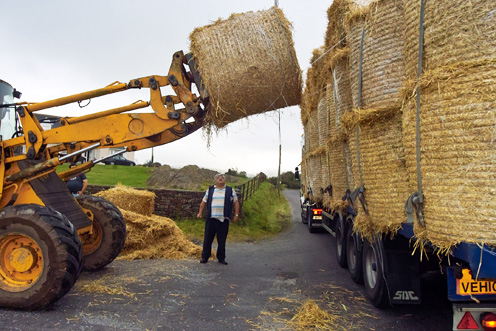