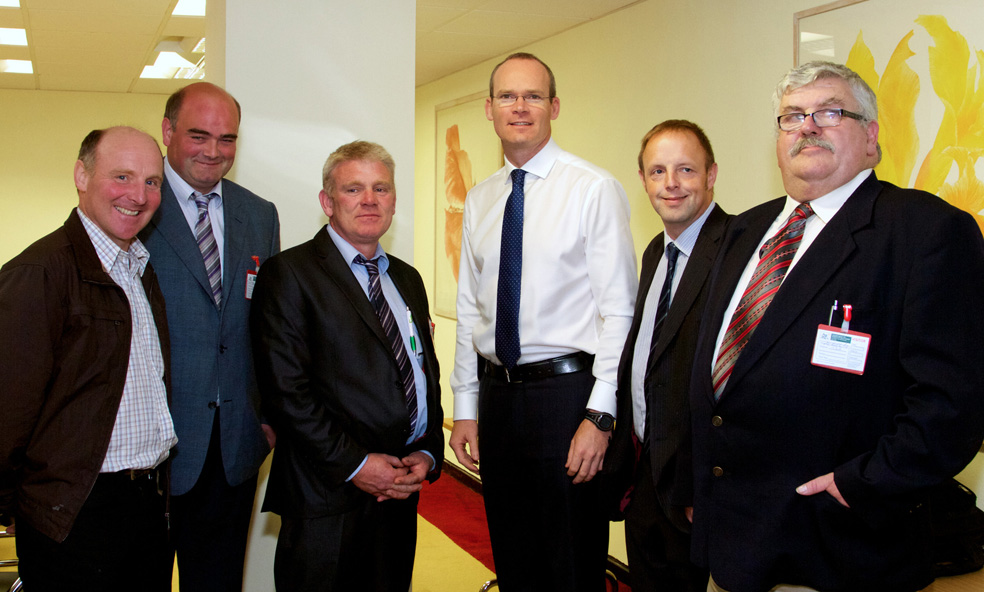 The Irish Cattle and Sheep Farmers’ Association has urged the Minister for Agriculture to ensure the suckler industry receives the support it needs to continue producing top-quality animals.

At a meeting in advance of the Budget with Minister Coveney at the Department of Agriculture this week (Wednesday 9th October), ICSA president Gabriel Gilmartin and senior ICSA officials outlined the need for a robust system of supports to underpin quality breeding in the suckler herd, pointing to anecdotal evidence of a fall-off in the number of suckler cows being put in calf and an increase in the number of suckler cows being slaughtered. A TAMS scheme for the suckler sector as well as additional funding for the Beef Data Transfer scheme were identified by ICSA as key ways to channel much-needed support into the sector.

ICSA emphasised the need to continue a meaningful agri-environmental scheme into next year, to cater for the thousands of farmers exiting REPS 4 this year, and also pointed to the need to insulate the Disadvantaged Area Scheme from further cuts which would only serve to further damage the viability of farms on the most marginal land.