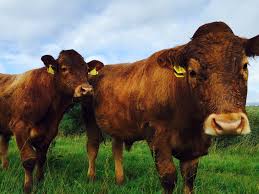 ICSA General Secretary Eddie Punch has castigated the IFA for what he regards as that organisation’s incredulous defence of the case for retaining a single cattle tag supplier in Ireland.

And the ICMSA did nothing more than sit on the fence, where this matter is concerned, Punch said.

Moreover, the Department of Agriculture has questions to answer for not moving to open up the market before this, he said.

“The reality is that Cormac Tagging is now a player in the market and has already acted to reduce tag prices. The company’s commitment to offer free replacement tags for at least a year is also worthy of mention.

“At ICSA we believe this should have always been the case, as cattle lose the current plastic tags so easily. The free replacement offer should help concentrate the minds of manufacturers to come up with a more robust tag design.”

ICSA President Patrick Kent agrees and said that the organisation is delighted to see that a company is prepared to stand over its tags by replacing, free of charge, worn tags that it has supplied.

The draconian regime around tag loss puts farmers in a very vulnerable position and ICSA has always believed that replacement tags should be free with certain safeguards to avoid abuse.

“Free replacement tags will put pressure on all tag manufacturers to improve the durability of tags and we believe that this should become the norm.”

“ICSA is also welcoming the new transparency around the ICBF levy which is a voluntary levy. However, this has been hidden from farmers for years and this is the first time that farmers will have a clear choice in whether to pay it or not.”

Kent said that ICSA has resolutely stood up for farmers’ interests on this and the association never bought the line peddled by others that a monopoly was good for farmers.