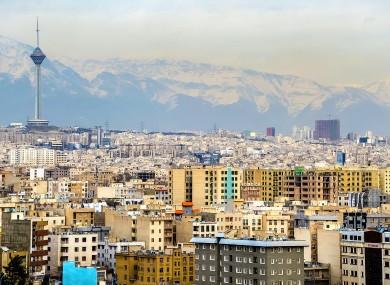 FARMERS HAVE CALLED on the government to reopen the Irish embassy in Iran, which was closed in 2011.

Patrick Kent, the President of the Irish Cattle and Sheep Farmers Association (ICSA), said there would be “huge opportunities for exports of beef and sheep meat to Iran” if full diplomatic relations were to resume between the two countries.

Kent said,“I would urge the Irish Government to look at diplomatic missions to Iran and I would also call on the banking sector to provide facilitates for financial transactions between Irish and Iranian interests.”

The Irish embassy in Tehran, Iran was closed in 2011 as part of cost reduction measures brought on by the financial crisis. A number of  new consulates have been opened since then including embassies in Nairobi, Jakarta and Bangkok while the Irish embassy in the Vatican has also been reopened.

In response to the call from the farmers, the Department of Foreign Affairs and Trade said there was no immediate plans to reopen the embassy, but there is an ‘ongoing review’ of Ireland’s embassies and consulates.

The configuration and scale of the State’s diplomatic and consular network is kept under ongoing review by the government.  A range of factors are taken into account in considering our diplomatic representation overseas, including our national political, economic and trade priorities, as well as the availability of resources.

The government is of course conscious of the political, economic, trade factors and availability of resources that might warrant the opening of a resident diplomatic mission in Iran – as in a number of other countries.

Speaking to TheJournal.ie ICSA General Secretary Eddie Punch said in 2017 there will be 200,000 extra cattle for slaughter compared to 2015 and they will be a need to expand into other markets, as there no real added demand for Irish beef in Europe.

“Iran is in a deficit in terms of red meat, they consume one million tonnes of red meat a year. We can’t afford not to do this.” said Punch.

Punch also cited the recent lifting of sanctions on Iran by the US government as reason to start doing business with Iran.

The ICSA said that there are two main obstacles to trading beef and sheep meat with Iran: The lack of diplomatic outreach from the Irish government to the Iranian government and the lack of banking facilities between the two states.

“No Irish bank will facilitate transactions with Iranian banks” said Punch, which makes any dealing between the two countries very difficult if not impossible.