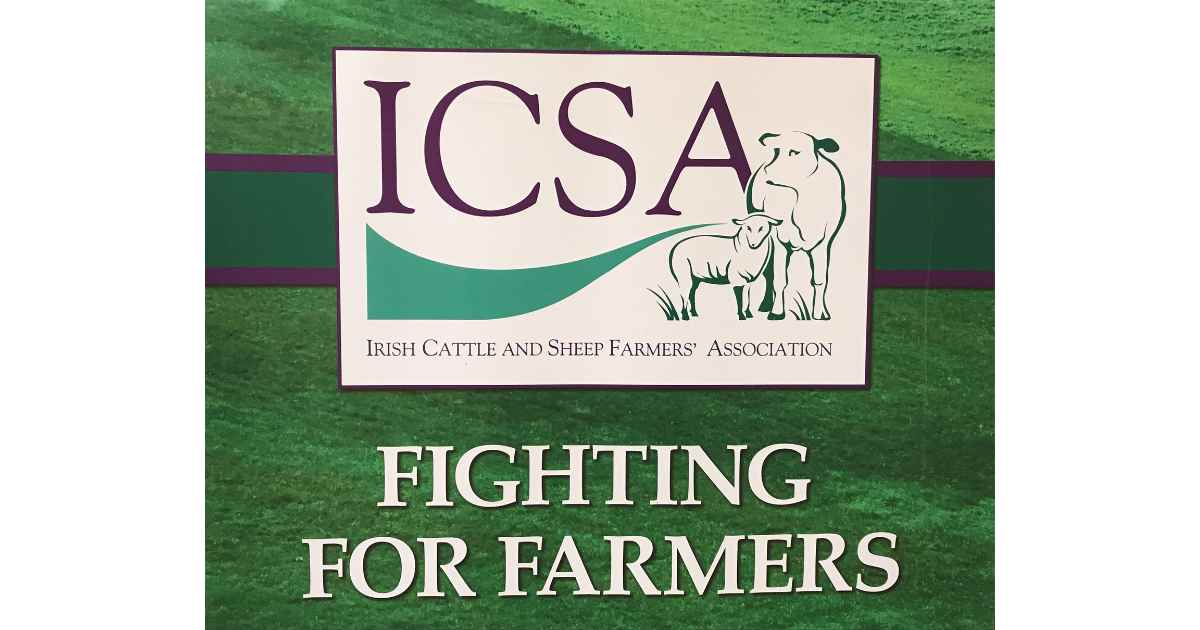 ICSA president Dermot Kelleher has said the Agri Food Regulator must deliver on its promise of fairness and transparency for the meat sector. “The establishment of this important office has been a long time coming and beef and lamb producers in particular will be looking to this office to lift the veil around who gets what along the food chain,” he said.

“We know that both the processors and the retailers are making massive profits while beef and lamb producers are losing money. The whole system has been flawed for a very long time with primary producers having little or no information about just how much profit is being made off their backs. Our primary goal in ICSA remains one of ensuring that low-income beef and sheep farmers are treated with respect and paid a fair price for their produce.”

“As I mentioned, the process of getting an Agri Food Regulator has been a long and drawn-out process. Back in December 2014, ICSA had an official meeting with the then EU Commissioner for Agriculture and Rural Development Phil Hogan in Brussels where we asked him to prioritise regulating the food chain, because the primary producer was not getting fair play due to the power of processors and retailers. ICSA, along with many other EU based organisations, had made representations to Brussels prior to that but the response was a voluntary Supply Chain Initiative.

In 2016, after a lot of deliberation, Hogan delivered a report to the Parliament and Council on Unfair Trading Practices (UTPs). This was followed by a major lobbying effort by big business and retailers to water down any proposals. Eventually in 2019, the Unfair Trading Practices Directive was adopted but it was a lot less impactful than what we (or Commissioner Hogan) originally envisaged. Nonetheless, it contained an important clause allowing individual member states to legislate for extra powers for the office but required that the EU directive be put in place first (by May 2021).

That brings us to where we are now with the approval of the Agricultural and Food Supply Chain Bill 2022 and the establishment of a new statutory authority, the Agri Food Regulator. This has happened because of consistent and effective lobbying at both Irish and European level. ICSA was the first to campaign for a regulator and gradually the policy has gained acceptance across the political spectrum. We still have misgivings about whether the Agri Food Regulator has been given enough power or funding, but we will work with the office to achieve fair play for primary producers in the drystock sector.”