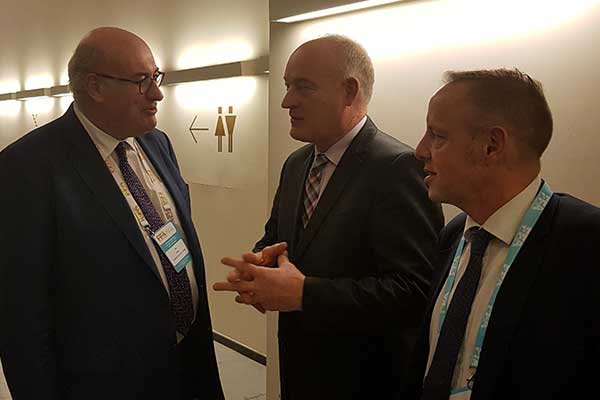 ICSA Animal Health and Welfare chair Hugh Farrell has again called for adequate compensation for BVD calves from the suckler herd and has urged Animal Health Ireland (AHI) to write to all breeding herd owners to outline updated BVD protocols for 2021. “AHI have moved ahead with removing confirmatory second tests when determining the presence of BVD. This means the term PI or persistently infected is now obsolete, and all animals with one inconclusive test are for removal. Moreover, this has been done without proper communication to farmers, and without any adjustment to the current compensation levels which is completely unacceptable,” he said.

Mr Farrell said ICSA has been arguing that increased compensation for calves from beef herds is required to mitigate this move. “There has been a blanket refusal to revisit levels of compensation within the BVD programme, despite additional hardship being placed on farmers. Compensation of €220 for a suckler bred calf is nowhere near the actual market value – which currently exceeds €600. Given the small number of calves involved it is incomprehensible that fair and adequate compensation for those affected is not a priority.”

“Not only that, in the event of a positive test mandatory blood testing of all females in the herd aged one year and over has been initiated, with no additional compensation provisions made for any further animals that are identified as problematic. Farmers will be instructed to remove these animals but have been given no guidance around where they should go, or how they will be compensated. These farmers will also be required to enter into a vaccination programme.”

Mr Farrell said farmers are utterly fed up with mandatory testing, and the confusion caused by the introduction of new protocols without proper information only adds to the frustration. “AHI have an obligation to address these legitimate concerns if they are serious about reaching negative herd status and bringing an end to compulsory tissue tag testing after 2022,” he said.