Tellus Poised for ‘Take Off’ Across Eastern Ireland 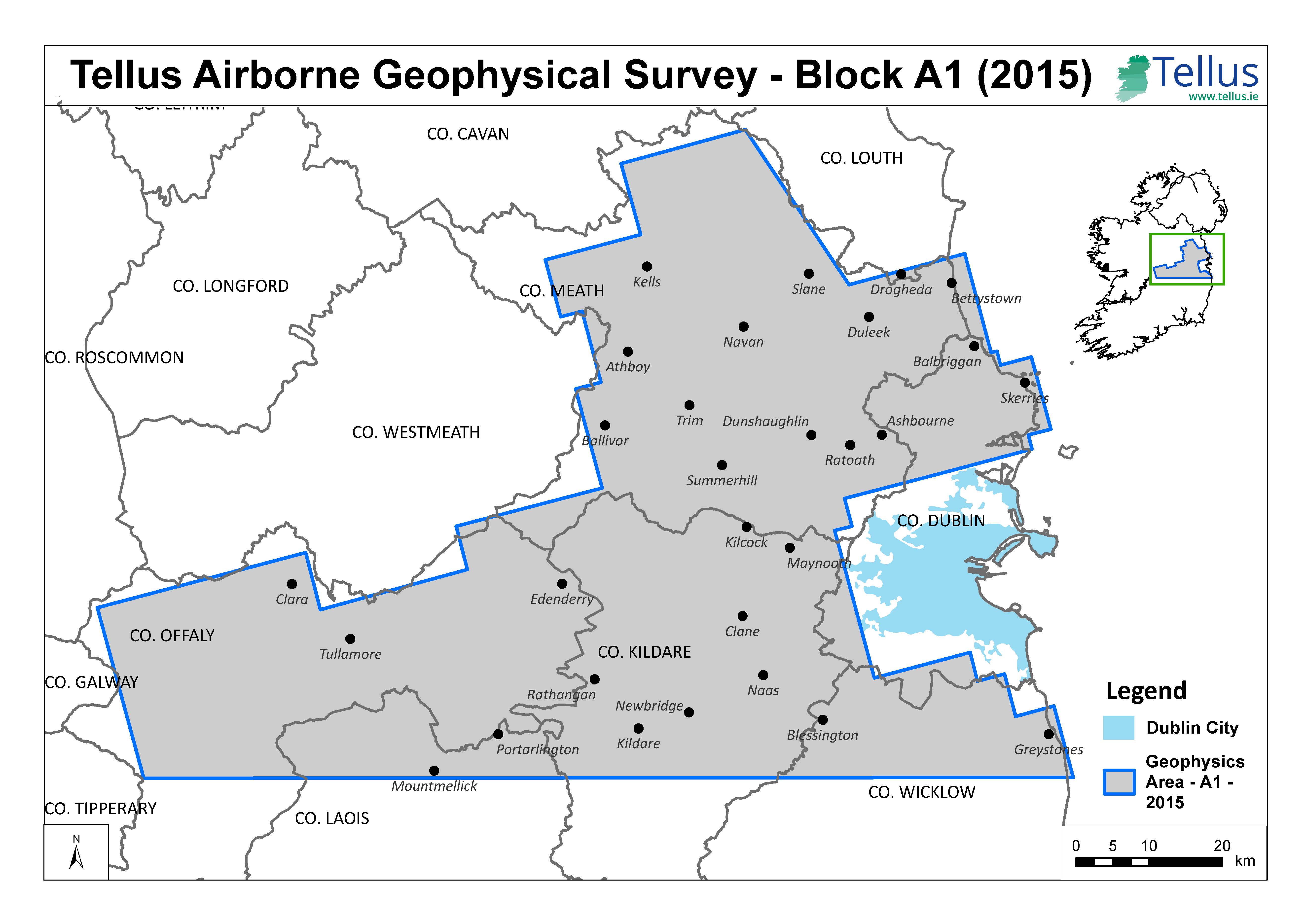 June 2015a successful roll-out of the initiative which will result in 50% of Ireland being surveyed by the end of 2017, with the potential for widespread economic and environmental benefits.

The Tellus survey carries forward the hugely successful geological mapping project which began in Northern Ireland (2007), extended into the border regions (2011-13) and moved across the North Midlands (2014-15). As a result of the surveys, the economy of the border region alone has benefited from €1.4million of inward investment in mineral exploration and the potential for the rest of the country is deemed to be highly significant. Other benefits from earlier phases included improved agriculture and environmental management, and in detailed radon risk mapping.

Led by the Geological Survey of Ireland, the 2015 phase of the Tellus survey – which involves both airborne data collection and soil and sediment sampling – due to take off on 11th June will initially focus on an airborne survey of counties Meath, Kildare, Offaly, rural Dublin, Laois and Wicklow. Later in June, a soil and stream sampling survey will begin in western counties of Galway and Mayo.

The Tellus data, which is freely and publically available, has the potential to deliver positive benefits in terms of environmental and economic impact, a point which Minister of State for Natural Resources, Joe McHugh TD was keen to reiterate:

“This really is a highly significant development, not only in terms of Ireland’s geology and natural resources, but in relation to our economy and environment as a whole. The data has the potential to lead to investment in areas such as mineral exploration and it can also help us better understand our landscape; enhance our land management skills; improve agricultural productivity and assess natural hazards such as radon on a region by region basis.

“We regard this project as a long term investment – the better we understand what we have underground, the better placed we are to manage our resource for the future generations.”

Since the Tellus project first started in 2007, 25% of the island of Ireland has been surveyed. Of particular significance is the airborne ‘geophysical’ survey, which requires a small plane, equipped with the latest technologies, flying at a very low level (approx 60m) over rural areas.

To ensure the public is aware of the survey and in particular to alert horse owners, farmers and livestock owners to the low flying plane, a major communications programme is underway. This includes working in close co-operation with organisations such as the Irish Aviation Authority, the Irish Farmers Association and the Irish Thoroughbred Breeders Association. The sound of the aircraft is similar to that of a passing lorry, however it has the potential to startle sensitive animals such as horses. Anyone with concerns about the aircraft is invited to contact Tellus at this stage on Freephone 1800 303 516.

“This is yet another major milestone for the Tellus team – taking us one step closer to completing the geological ‘jigsaw’ of Ireland and potentially shaping the way in which future generations work, farm and live on this island”.

“We’re ready for take-off and look forward to the roll out of this next exciting phase of Tellus.”

More information on Tellus is available through www.tellus.ie and on a Freephone information line 1800 303 516.