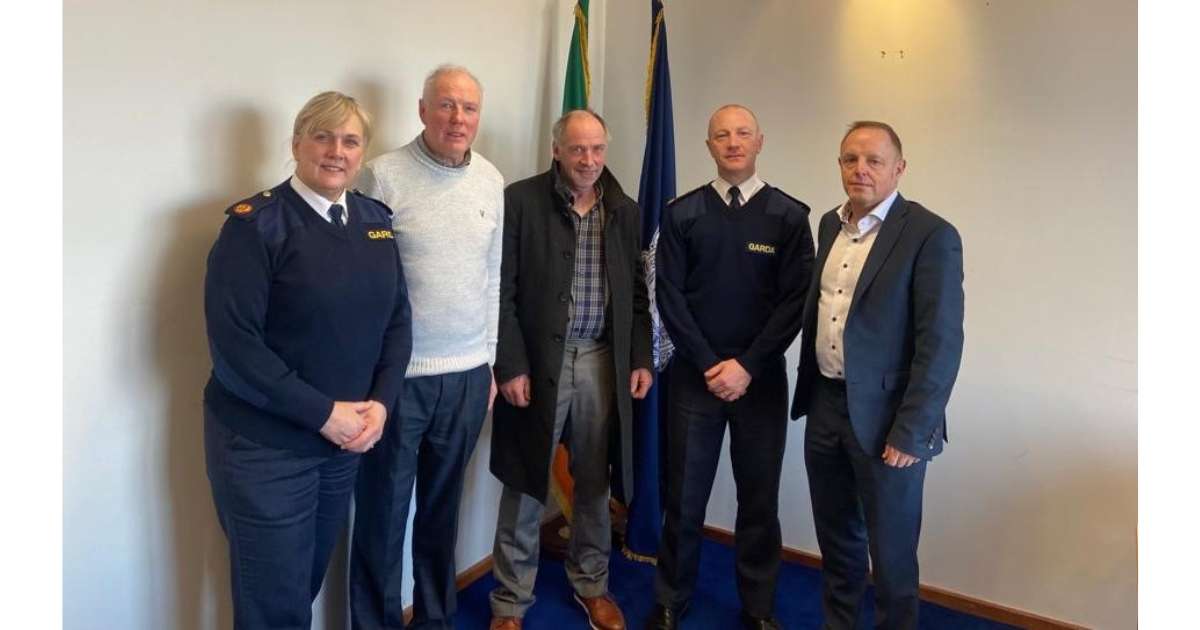 A delegation from ICSA has today (19 Jan) held discussions with Assistant Garda Commissioner Paula Hilman (Roads Policing & Community Engagement), and Chief Superintendent Padraig Jones on a range of serious issues affecting rural Ireland. Speaking following the meeting ICSA Rural Development chair Tim Farrell said, “We are here today representing farming families around the country who are living with fear and worry about their own safety and the safety and security of their property and livestock.”

Continuing Mr Farrell said, “Trespassing and general intimidation on one’s own land is a major concern for ICSA. Encountering trespassers on your farm be they hunters with dogs or there for other reasons unbeknown to you can be a very traumatic event, particularly if abusive language, intimidation, or physical aggression is meted out by these unwelcome parties. Trespassing is a serious offence and providing the resources necessary to allow people feel safe in and on their own property needs to be a priority.”

“Livestock theft is another big issue. Cases are increasing and will continue to increase unless we see a real crackdown. Cattle out on grass and sheep grazing will always be vulnerable no matter what precautions farmers take so a concerted effort is needed to track down where these animals are ending up and putting a stop to it.”

ICSA Sheep chair Sean McNamara – also in attendance at today’s meeting – raised the continuing problem of livestock worrying. “There have been too many attacks on sheep recently. The sheer devastation that unsupervised dogs are causing on farms is heart breaking. We welcome the involvement of An Garda Síochána in the new working group on the control of dogs but we again stressed the importance of greater enforcement of existing dog control laws.”