‘Winter finishers have lost confidence in the trade’ – ICSA 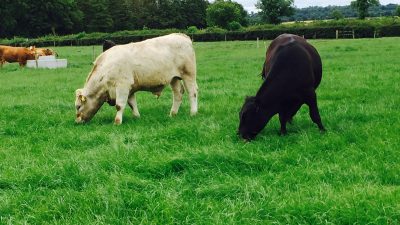 Winter finishers have lost confidence in the beef trade and are slow to purchase store cattle, according to the ICSA’s Edmond Phelan.

Store cattle prices in marts have been under pressure, he said, and it is the first time in memory that prices have actually dropped during the same week as the Single Farm Payment or Basic Payment has been issued to farmers.

Speaking to Agriland, the ICSA Beef Chairman said that winter finishers confidence has been shaken by the lower prices currently being offered by processors around the country.

“It is the first time I can recall that store cattle prices in marts have fell in the same week that the Department of Agriculture has paid the Single Farm Payment,” he said.

Phelan said that beef finishers are coming under increasing pressure, and many are assessing their options before committing to purchase store cattle this winter.