ICSA – FARMERS BETRAYED BY ABP INVESTMENT IN PLANT BASED FOODS 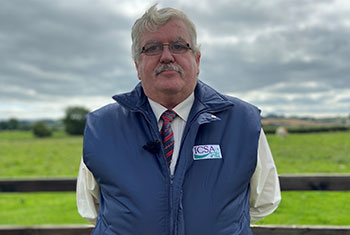 ICSA president Dermot Kelleher has said livestock farmers will feel betrayed by the business strategy of the ABP group to become a big player in plant based alternatives to meat products.

“An examination of the ABP subsidiary DOPSU raises many questions about the vulnerability of livestock systems that have become utterly dependent on multi-billion euro companies.”

“It sharply exposes the fact that no, we are not all in this together. For many years now, ICSA has repeatedly called for innovation in the marketing of beef, lamb, and organic products. We have fought a lonely battle with other farm organisations in standing up for the sustainability and nutritional and health value of beef and lamb. But the very companies that have made billions from beef and lamb exports have done little or nothing to help other than to sell as cheaply as possible and pass costs back to the farmer.”

“It is glaringly obvious that the meat processors’ only response to consumer trends and emerging concerns about sustainability is to get Bord Bia to impose a set of rules on farmers under the guise of quality assurance. I don’t see a single example of innovative marketing funded by meat factories to fight back against the relentless anti-meat propaganda. Daily, farmers are forced to look on helplessly at the multi-million euro vegan billboard campaigns but there is no money being invested by meat companies in counteracting this, despite the fact that they have billions of retained profits.”

“It is equally galling to see no financial effort being made by meat companies to build brand awareness around grass-fed beef and its health and nutritional benefits. All the meat companies have done is leave it to Bord Bia to develop a grass-fed standard which primarily imposes more conditions and costs on farmers and this initiative is paid for by the taxpayer and the farmer levies which fund Bord Bia.”

“ABP are the leading player in Irish beef and lamb, but we have seen nothing like the levels of slick marketing that they have given over to their newplant based fake meat substitutes.”

“ABP also has control of the organic meat sector as well but instead of investing in innovation, the sector is stagnant. It is a stunning indictment that there is so little effort made to grow Irish organic beef and lamb exports that we have now arrived at the stage where the organic farming scheme has given up on the meat sectors and is focused instead on dairy, tillage and horticulture.”

“However, the approach with DOPSU is eye opening. In contrast to the way that beef, lamb, and organic meats have been left languish with minimal innovation in marketing, suddenly an ABP subsidiary has clearly undergone a Damascus-like conversion to modern marketing and innovation, using cutting-edge business school techniques to magic up a new brand of plant based alternatives to meat.

It is clear that a lot of money and effort has gone into this project, which has all the indicators of innovation theory, design thinking and the use of focus groups to capture the younger consumer.  Contrast this with the fact that for many years, ICSA has called for innovation from meat factories to get more young consumers on board with lamb and beef. But this has been ignored by meat factories.”

“APB have described their new range of products as the ‘meatiest non-meats around’, and the accompanying website has all the hallmarks of big budget glossy innovation. Can the same be said about their marketing of beef or lamb? I think not. Nowhere have they shown even a fraction of similar creative thinking.”

“The fanfare continues with the products being extolled as being of similar nutritional value to real meat; more sustainable; and more environmentally friendly to boot. We are told that they commissioned a cradle to gate lifecycle report from Carbon Analytics, and that they are delighted to say that ‘everything came up roses.‘ Again, we must question why these same techniques have not been used to show the world just how sustainable and environmentally friendly the production of Irish beef and lamb is? We have a great story to tell, however, APB appear completely disinterested in telling it.”

“To add insult to injury they are ‘seasoned with rich meat free ‘beef’ flavouring.’ You couldn’t make it up. There is also no mention of where they are going to source all those ingredients.

“ABP has grown into a multi-billion euro empire on the backs of Irish beef farmers, but this decision to divert the profits into plant based meat substitutes – something that could undermine, or even destroy, the Irish beef and lamb sectors – is truly galling.”